Our native common yew (Taxus baccata) has the ability to live the longest of all the UK's native tree species. It's a familiar site in churchyards and may thrive for thousands of years. They become ancient from around 900 years onwards.

Throughout the UK, including upland and cliff sites.

Yew may be able to live for 3,000 years although 1,500 may be more frequent. All yew will be ancient from 900 years onward (early and pre Norman), although many will have ancient characteristics from around 500 years. Ageing of yew trees is very difficult.

Yew can grow up to 10m plus in girth.

Record all Yew more than 4m.

Consider recording all Yew with any ancient characteristics more than 3m.

It’s important to rely on characteristics rather than size, which is an unreliable indication of age. Most ancient yew are greater than 6m in girth if they grow in woodland, or if historically managed as a pollard, may be no more than 4.5 m in girth.

The Ankerwycke Yew in Berkshire is said to have been witness to the sealing of the Magna Carta in 1215. (Photo: Julian Hight/WTML) 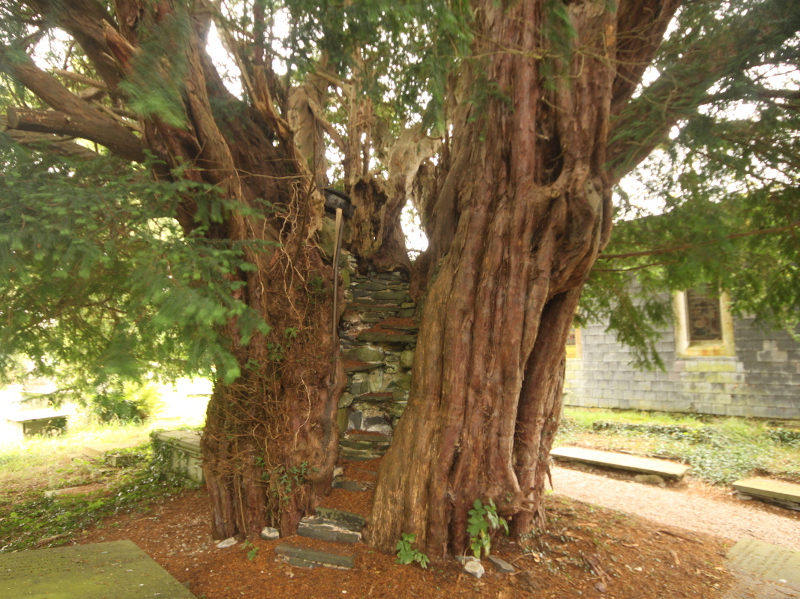 The Pulpit Yew in Denbigshire, Wales which was transformed into a pulpit. Legend has it that John Wesley preached from here. (Photo: Rory Francis/WTML)

In addition the tree may have: 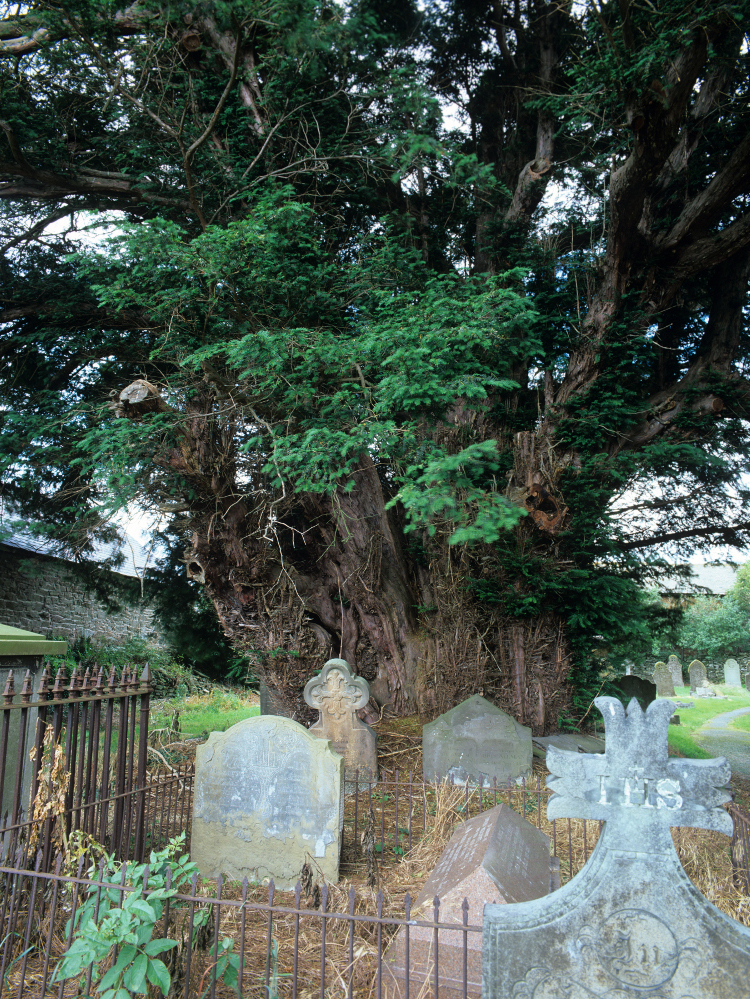 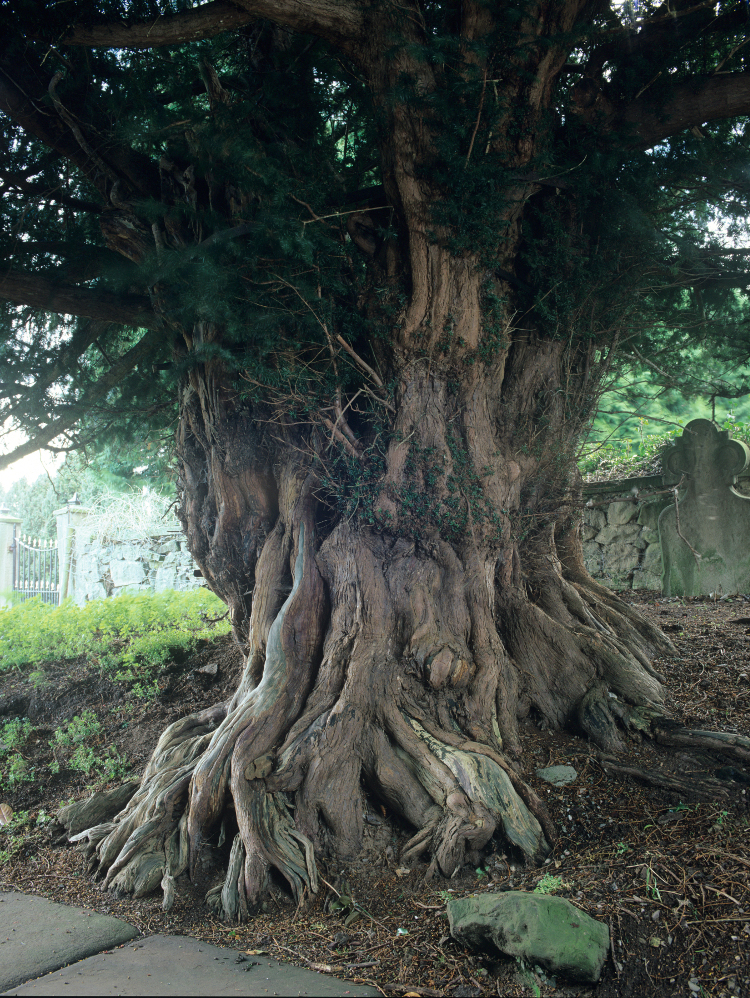