September appeared to go by far too quickly, but not before 609 new trees had been recorded on the ATI of which 449 (74%) are already verified. 11% of these have been designated as ancient and 46% as veteran trees. Just a few are highlighted below.

Originally recorded by Les Wilkins in 2009 this tree was recently re-found by Rob McBride on his ongoing survey of trees along Offa’s Dyke. It is the largest of several Sweet chestnut growing on the south side of Red Hill Grove wood, by a footpath just off of the Offa’s Dyke path in the Forest of Dean, Gloucestershire, and one of the remaining trees of an avenue that originally lead to the mid C18th Bigsweir House.

Thanks to Jo Garlick for plotting this historic yew found in Staverton church, Devon, previously recorded by the Ancient Yew Group in 1999 but remaining unverified due to a six figure grid reference locating it some distance from its exact location. This ancient yew was first described in 1857 but is now two fragmented hollow parts of a once impressive tree. According to yew historian Peter Norton, this is the only church in England to be dedicated to St Paul de Leon, who was one of the founder saints of Brittany. The church was founded by him between 522-530AD. The original structure was replaced by the Normans and then rebuilt around 1314. Fragmented trees such as these may get smaller over time and so recording and photographing them today provides valuable information for the future. 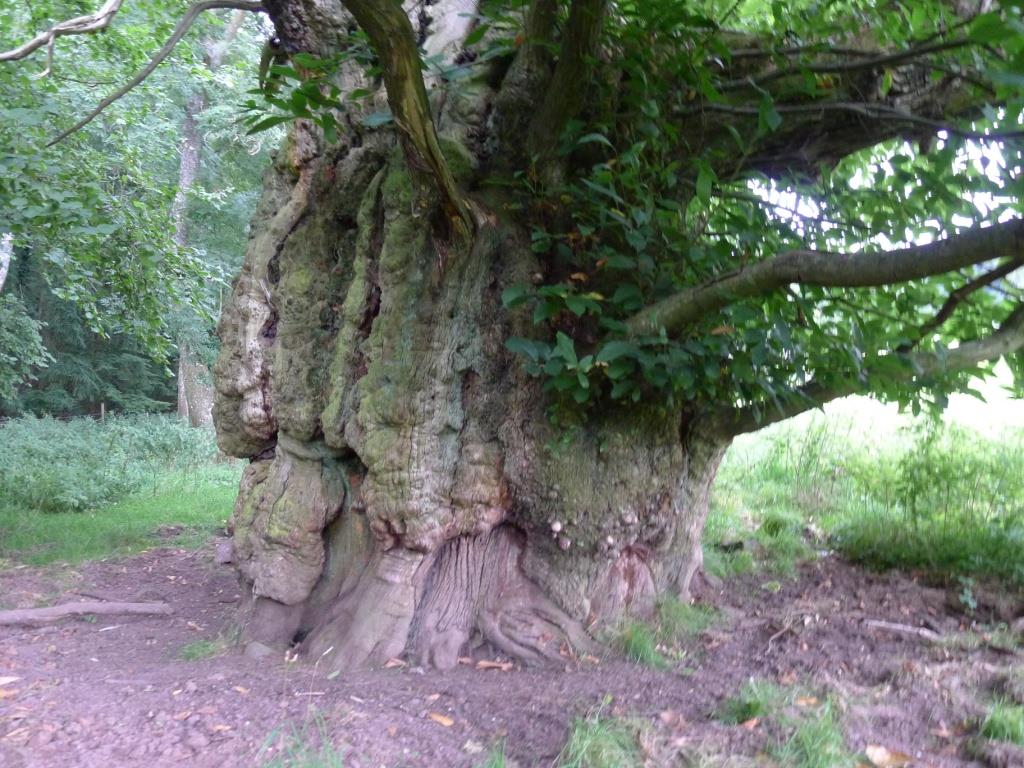 A large 8.71m ancient sweet chestnut recorded at Offa’s Dyke path in the Forest of Dean. 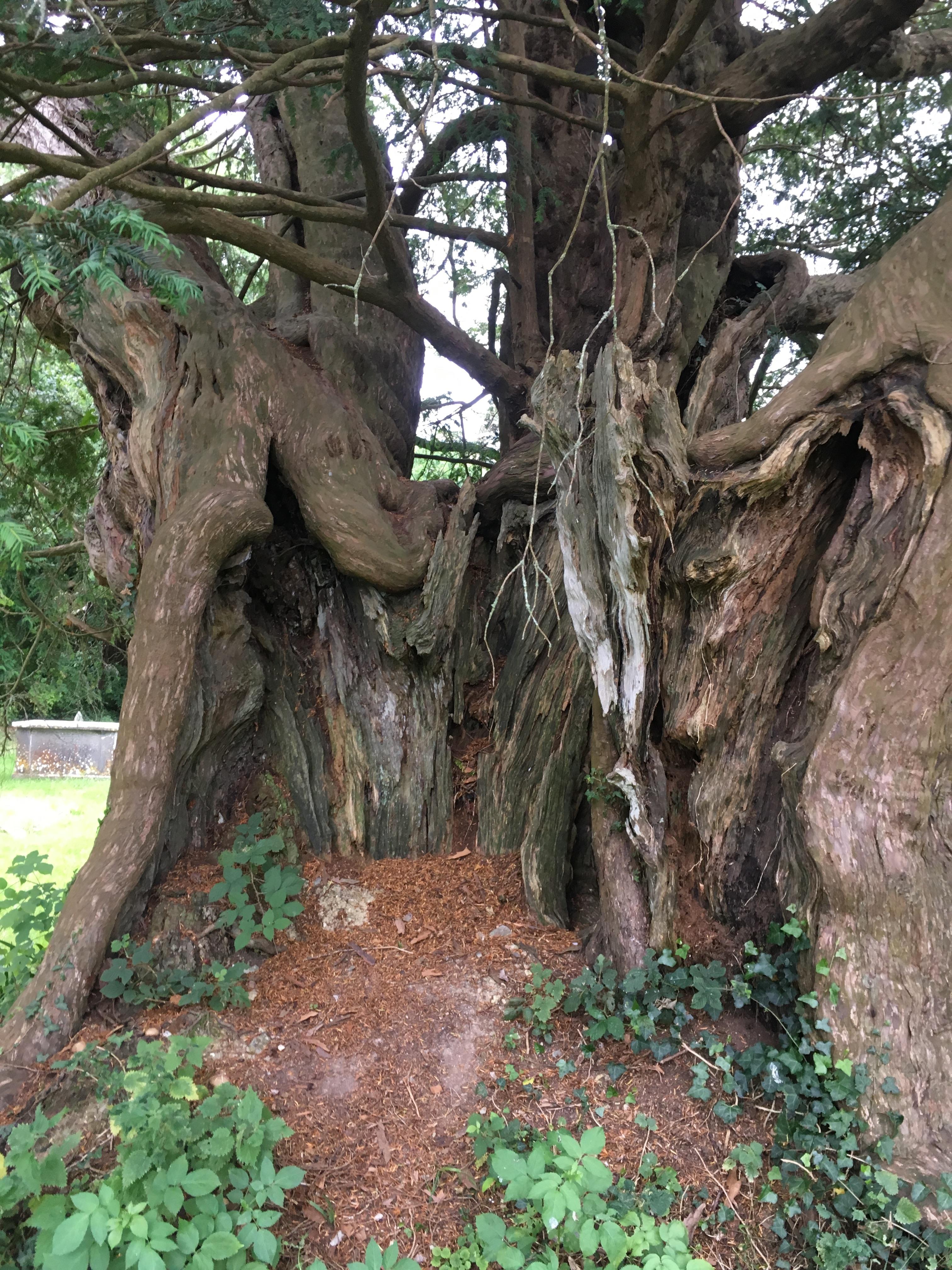 At a recent Woodland Trust, Long Forest volunteer event at Chirk Castle Park, Wrexham, it was assumed that all of the veteran and ancient trees had already been recorded. However, this willow had been missed and yet had all of the characteristics required to confirm it as a veteran tree for its species. Rarely found growing on a single stem the Grey willow has understandably been overlooked on many sites but those that have been recorded are mostly of a similar multi-stem form. By default this is the Welsh champion but clearly there is the potential for an eagle eyed recorder to beat this!

A rather sad looking survivor from an old boundary hedgerow, now isolated in the centre of an arable field, west of Crook in Co. Durham. Recorded by John Durkin, this knobbly, gnarled old tree is one of the largest ever recorded in the county but the pressure from agriculture suggests it may not be around for too much longer. 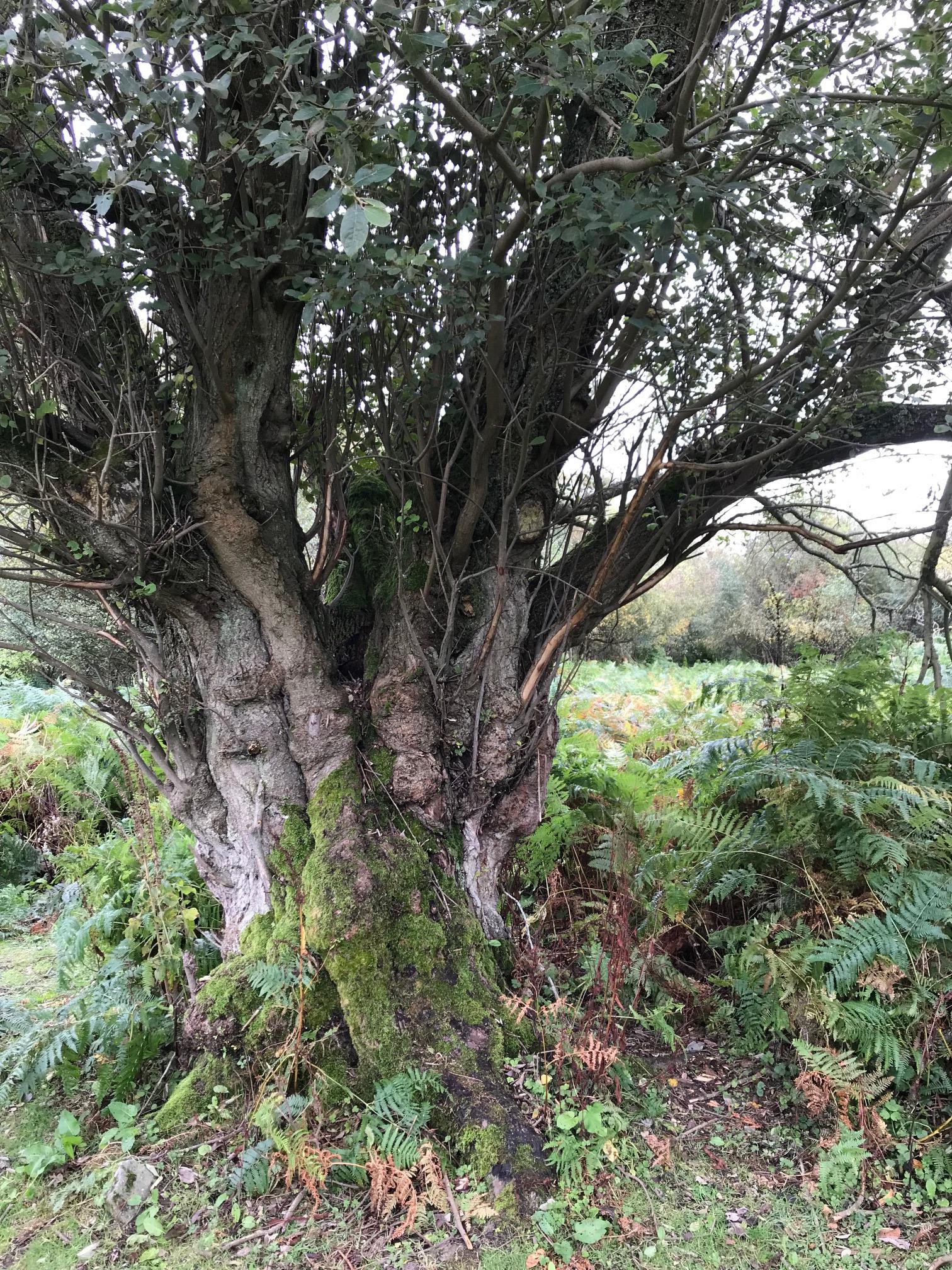 An unexpected champion grey willow recorded at Chirk Castle as part of a training day. 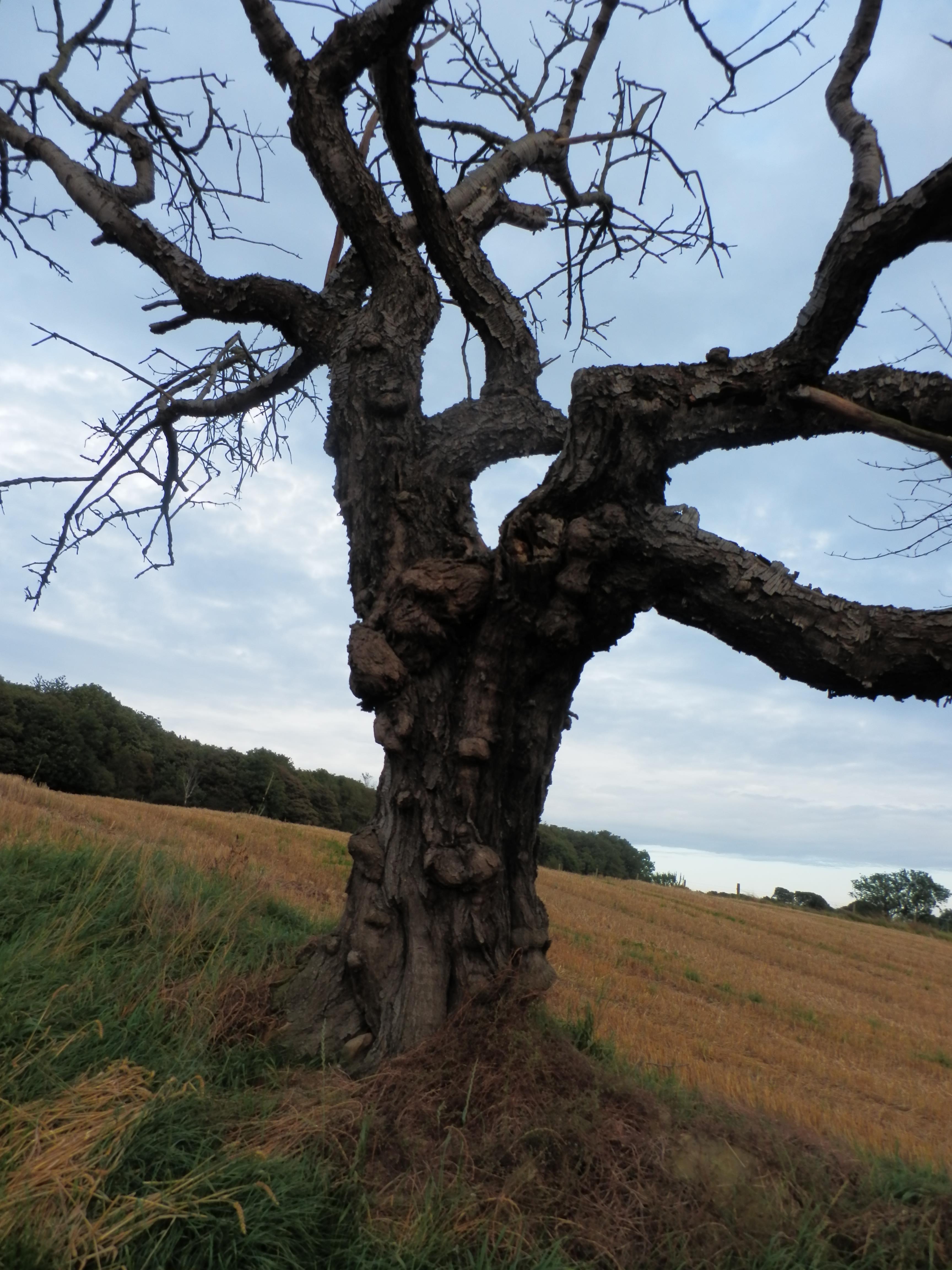 A surviving ancient wild cherry growing on the boundary of an arable field. Brilliant record John!

A big thank you to our fantastic recorders and verifiers for another month of stunning trees!